Sexual harassment – some guys just don’t get it

Sexual harassment – some guys just don’t get it

Who are they and what can you do?

This goes beyond conduct which is inappropriate in a workplace context. It might be that creepy guy. It might be the hot guy who thinks he’s God’s gift to women. It could be someone who doesn’t understand that an absence of yes is equivalent to a no.

It’s likely to be Schrödinger’s sexist. The one who makes particularly sexual remarks, then decides whether he was “just joking” or dead serious depending on the reaction. Say, the woman gives a disgusted, confused look and walks away.

They have outdated and inappropriate views of women. The easiest way of picking them is to find chefs who don’t think women should work in professional kitchens or, if they do, should only work as a pastry chef.

These are more likely to discriminate against women. However, comments like that can constitute sexual harassment. 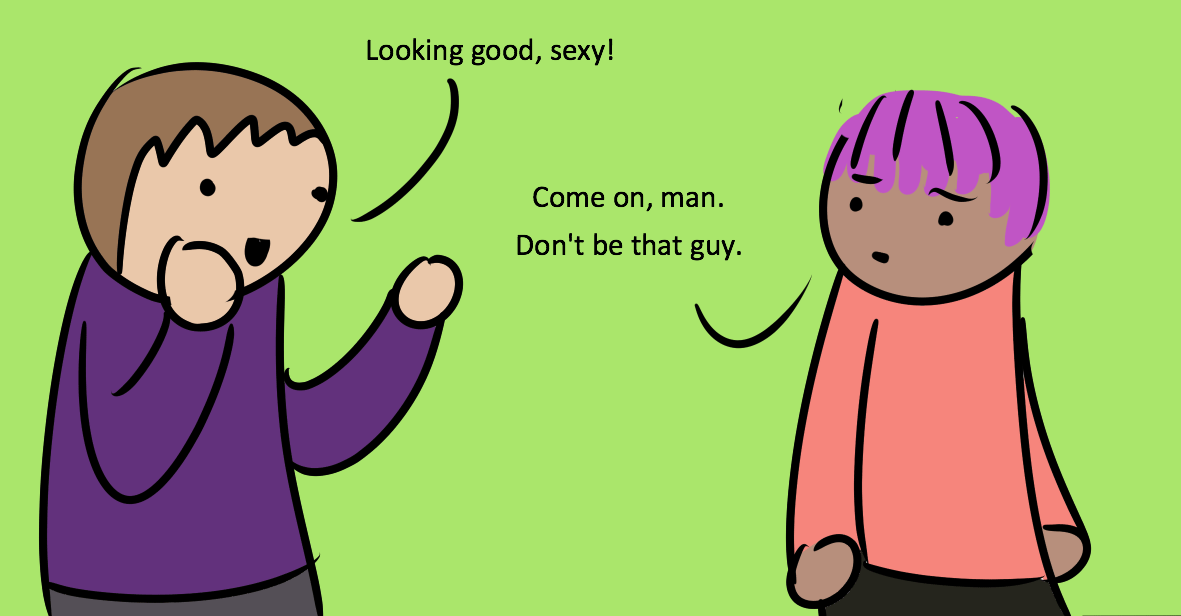 There are many names for the same concept: “if you see something, say something”, the bystander intervention, “speaking up”, “calling out”, “looking after your fellow man” – being decent.

This is the kind of thing that can fit into a sexual harassment policy. Something that encourages all staff to call out instances of inappropriate conduct. It’s remarkable the kind of effect this can have.

It takes some courage to call out your fellow workers or employees. Bit by bit, you’ll cause that guy to second-guess himself.